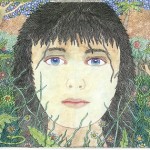 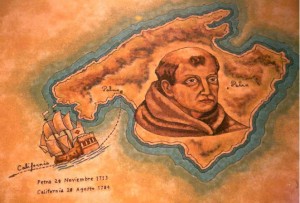 Serra arrived in California in 1779, founding the San Diego Mission where the state’s first grapes were grown to make sacramental wine  mostly for the Eucharist, and for medicinal purposes. In a small room with a tile floor the grapes were crushed by the feet of the natives that tended the vineyards. 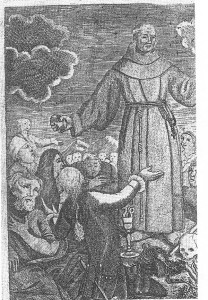 When Serra traveled north with the Portola Expedition he brought cuttings through the San Gabriel Valley, where later a mission was built that included vinyards. Arriving in Monterey he founded the mission there, then later in Carmel. As the soil on the Monterey Peninsula is not condusive to grape vines, the first “crops” he blessed failed. Needing wine for ritual use in these two missions he may have had natives plant vines near where they lived further up Carmel Valley where natives under Franciscan  direction built a dam and introduced what was called for the next 60 years “Mission Wine.”
Generations of cuttings from these first vines made their way north to Sonoma in 1823 where the mission was established and native people manufactured a wine that led to its now world famous vintaculture.
Grape Vinyards in San Diego’s Mission Valley are said to include descendents of the vines Serra introduced. Using these grapes a winery there might produce such a wine to honor Serra as the California wine founder, this unique wine can be crushed by who ever obtains the grapes just as the descendants of coastal indians with their sterile feet, it would be nice if it could be served  in a special edition during Carmels gala One Hundredth Birthday . Celebrations.

Really like John’s articles and history about Carmel. Makes for very interesting reading!