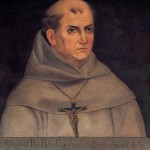 Faces Of The Divine Feminine

Neural functions in the brain reflected in how coastal Esselen tribes communicated. In the  COGLIN  work of Prof. George Lakoff (UCB). Prof. Ivan Strang (Stanford) and Prof Paul Ekman (UCSF; expert on Detection Of Deceit) references include studies of  languages used by indigenous tribal villages in the past. Among the Esselen, phonetic symbols (consonants & vowels) were not the dominating factor in how they used language (Prof. Shipley UCB), so researchers today include VERBAL TONE (including diacritical marks), SACCADIC EYE PATTERNS,  MOVEMENT OF HAND GESTURES, BODY LANGUAGE, and MUSIC/DANCE as linguistic function in synch with what the mind and vocal chords express. 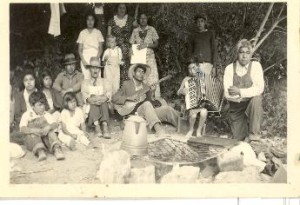 Twentieth Century Concepts of the Mind and SPIRIT interfere with understanding Esselen concepts, because most of what native families expressed was not primarily through words.. (Prof Mark  Johnson; Dr.  Charles Fillmore). Native “conceptual frames” demonstrated through all the above forms of linguistics had deep roots in their consciousness and subconscious. (Dr. Tony DeMazeo), that involved multiple neural channels in the brain, including the prefrontal cortex  Older European concepts and rules of  of “Probalistic Logic” , opinions on  causa/effectus, were not culturally  programed into Esselen Minds.
In all world cultures empathy, for example, is a concept that is embodied metaphorically  in how people think, and how that thinking is expressed through these various forms of language. Old European influenced ideas of  empathetic disclosures, are enormously different that how native peoples thought and behaved for thousands of years
Early written reports on emotions expressed by Esselen are biased and unsubstantiated. Inaccurate observations on how natives thought and felt show predjudice and misunderstanding of tribal conditions. Within one generation in Esselen history ( 1750-1810) it is estimated that ninety percent of Esselen speakers died, and that survivors mostly suffered Acute Stress Syndom (DSM5) that  in part devastated their immunity systems. One example of survivors and empathy, by Federick Webb Hodge 1916) depicts natives as unempathetic and “docile”. Hodge cites Choris as uncompassionately describing Esselen men as “naked when weather permitted,” painting their skin in mud. Choris writes “I have never seen one laugh. I have never seen one look one in the face”, they are “dark dirty, squalid and apathetic…obvious paucity and rudeness.” He doesn’t mention that PTSS survivors of the one generation “holocaust” did not feel safe around “whites” and may have chosen to appear that way for protection, disguising themselves as hopeless and pathetically harmless.
Choris may have seen intentionally deceptive behavior through all forms of linguistic signals to have non native “aliens” avoid the native. Father Palou (1723-1789, friend of Serra) of Mission Carmel may have also referred this way to native visitors who wore such a linguistic disguise for protection. In 1811 he described these PTSS natives, who would only communicated sacred concepts with like minded natives, referencing Father Luis Caldera “who did not know the language”, Palou and Caldera saw them as “gentle ones who have no idea of eternity, reward or punishment, of heaven, purgatory and hell.’ {Engelhardt.} Dr Pamela Huckins in 2010 wrote (page 74) that Palou stated that “The throne of the Supreme Being” is “an idea too sublime for the minds of uncultured savages.” He did not say Esselens were uncultured savages. {Also see Perrouse 1784 for a similar comment from a biased  French visitor to the Carmel Mission.”)
Examples of European born men who saw themselves as superior to the natives abound with prejudicial views in early accounts. The full scope of Esselen language, in all their verbal and nonverbal forms are not blind to embodied native concepts of the divine that existed on the coast for thousands of years. Yet Serra taught the Franciscan Johanine theology that “God is everwhere” to tribal families in Carmel (Serra to Sancho August 6 1784; page  316 Orfalea 2014)), similar to Esselen animistic theology that God is Universal Consciousness in all phenomina. {Franciscans quoting John 1 that “we are all children of God”; in John 1. “God is love…God is truth…God is Spiritus (consciousness)…God is Light…God is not a judge.”
Serra’s kindness to natives resulted in his connecting Christs concept of a loving creator god of light with ancient  Esselen
conceptual frames Like nearly all good intentioned Franciscans Serra said to tribal families “Our purpose in coming here…was to do them good and for their eternal souls”, confirmed by Palou and later by Ofalea in 2014, that “The record does not show Serra flogging anyone but himself” as Franciscans did upon occasion, gently for ritual penitence.  Thus the non violent, non aggressive, Gospel Serra taught was in synch with the theology most Esselenes already enjoyed spiritually. These divine concepts were shared only among trusted people in Carmel; shared through the syntax function of noun phrases used by Esselen with trusted others. Using a round hand gesture and pointing to the sacred source of light, natives in gratitude used the phoneme  isham (or tapa), with love in their eyes and reverential body language, and in music, dance & song.
Sharing sacred concepts among Esselen always involved precise and pure vocal  tones in syllables and consonants, sincere saccadic eye focus  patterns, with specific usages of respectful eye contact, whose core algorithms had to be in synch with Facial Action Coding. The opposite of this concept of Truthfulness, was intentional deception used by a few highly endangered survivors of the Esselen holocaust to protect themselves, when nearly all their holy culture vanished.. (Prof Paul Ekman UCSF).
We wish to thank John Thompson for his contribution and it is reprinted as submitted without editorial comment or change.

I am grateful for John’s clarification about Serra’s interaction with the Esalen Indians. The notion of severe beatings and such have gained a certain foothold in popular consciousness. The interlacing of Christian and Esalen concepts rings true.

Cognitive linguists have just confirmed what anthropologists had to learn years ago — we must consider our own deeply ingrained desires, beliefs and prejudices before we are in a position to understand or explain others.
Linguists, studying the indigenous Esselen (early inhabitants of coastal California) discovered that phonetic symbols such as vowels and consonants were not that important to them. Most of what “families expressed was not primarily through words.”
Empathy is another case in point. It has been a part of cultures for thousands of years.Since linguists recently were able to locate the neural site of such emotions in the brain (finding famously that medical students had “less empathy” in their third year than when they began), we now can understand more.
Many conquistadors described the Esselen as “dirty, deceptive and apathetic.” “They never smile,” said one.There is an explanation. After an oppressive generation (1750-1810) of holocaust-like treatment where 90% of the population died, the remaining survivors suffered from what we now can only call post traumatic stress disorder. They decided to protect themselves by not showing any emotion at all.
No religion? No “conception of eternity?” After being presented with a non-aggressive, non-violent Gospel by a kindly Franciscan monk or two, one wrote. “…it was in synch with the theology most Esselenes already enjoyed spiritually.”

Similarly with indigenous Africans as well.

May I just say I regard John Thompson as that rarest of all entities — an authentic genius (with a heart) — based on what I know of him personally, on his voluminous unpublished and published works which I’ve read, on his brilliant book, “Secret History of Carmel,” and the scope, depth and originality of this new blog.

Leave a Reply to Evan